Scholars & Skeet was a private event held at the Jacksonville Clay and Target Sports complex. Student recipients and our scholarship investors were greeted by members of the five-time national champion JU Sporting Clays, Skeet and Trap Team who spent the evening with us providing one-on-one instruction for newcomers or those wishing to perfect their shot! Guests enjoyed a wide range of activities from competing in our “Best Shot Competition”, relaxing by the fire pit indulging in s’mores, or partaking in a game of corn hole! Program remarks were made by President Tim Cost ’81 and OCEARCH Founder and JU Explorer In-Residence, Chris Fischer. Coach David Dobson of the Shooting Team honored our “Best Shot Competition” winners, Jennifer Glock and Cassidy Baker ’19. Both winners had impressive shots for newcomers to the sport! Jennifer Glock, scholarship donor to six Jennifer Glock Fellows, hit her first clay on her first attempt. Senior, and the recipient of the David and Iris Julian Scholarship, Cassidy Baker won the student award for hitting three in a row!

We had a blast! 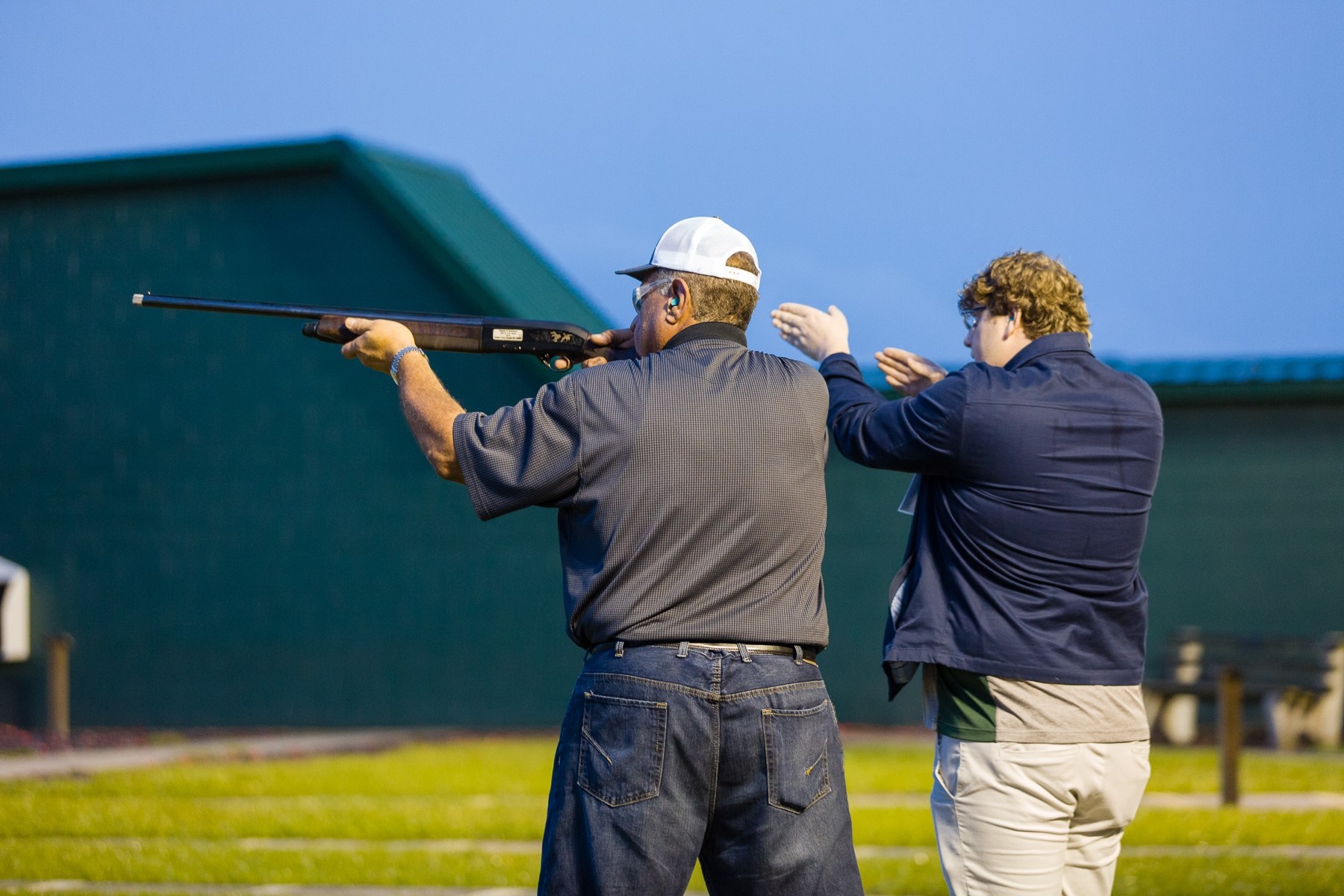 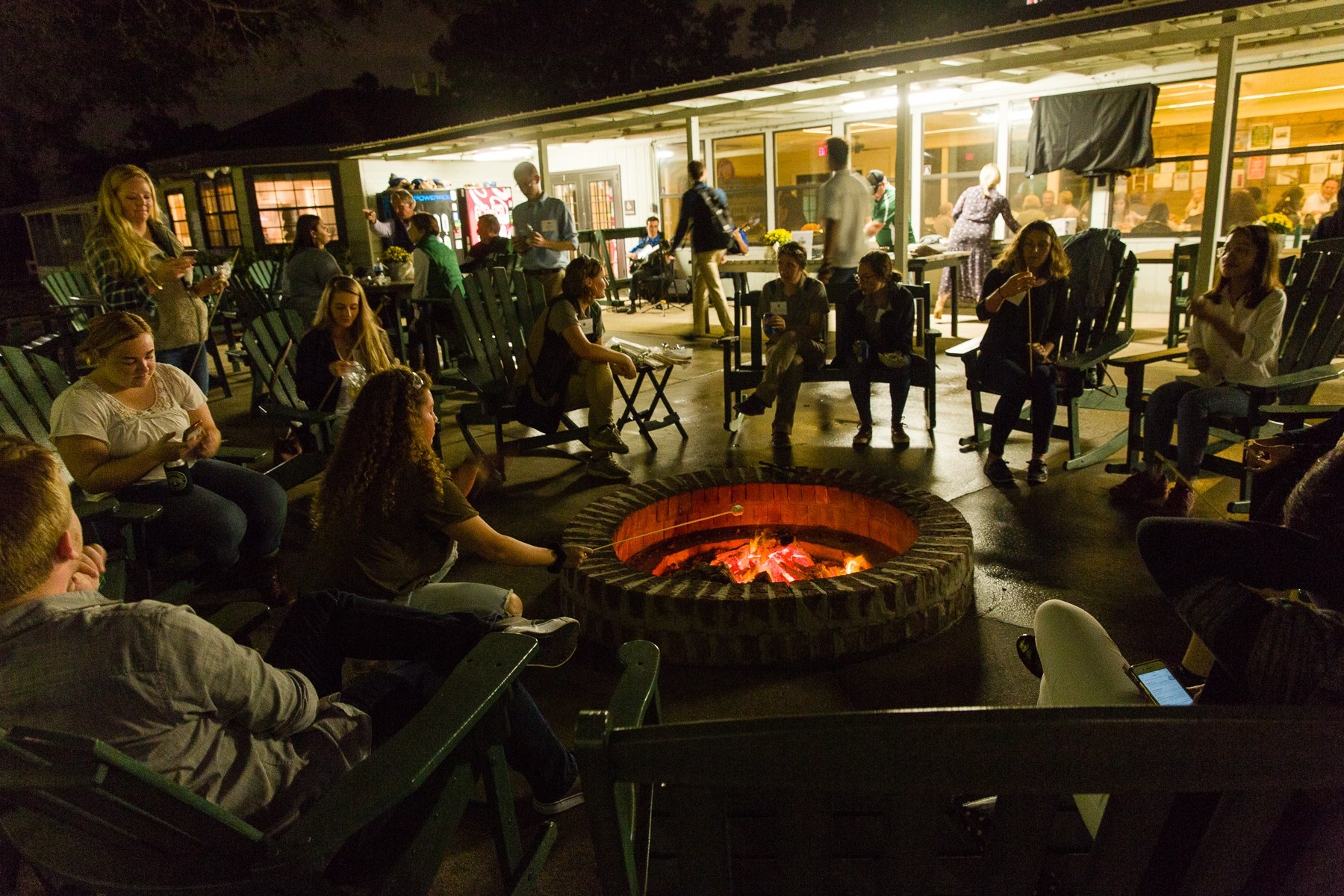 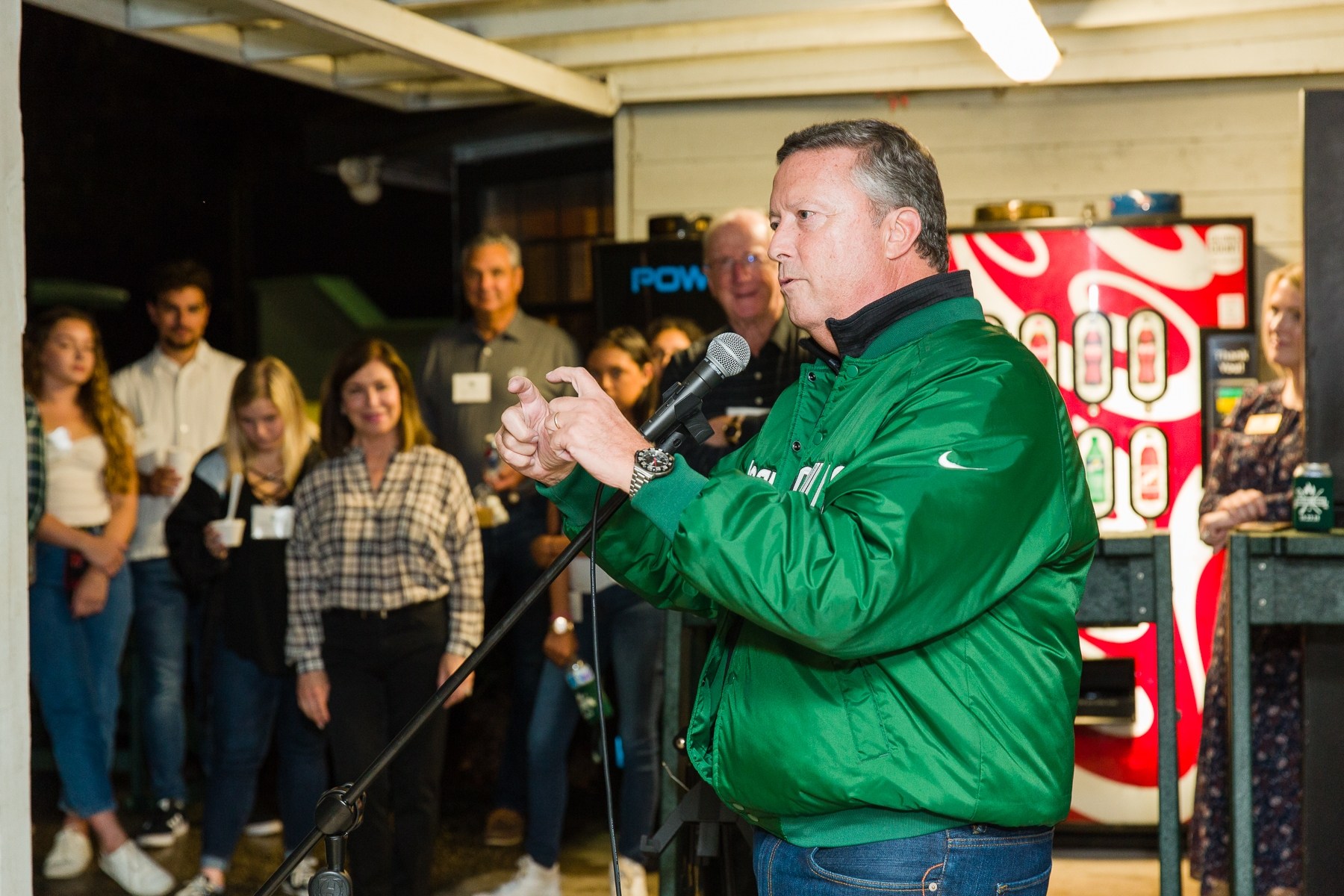 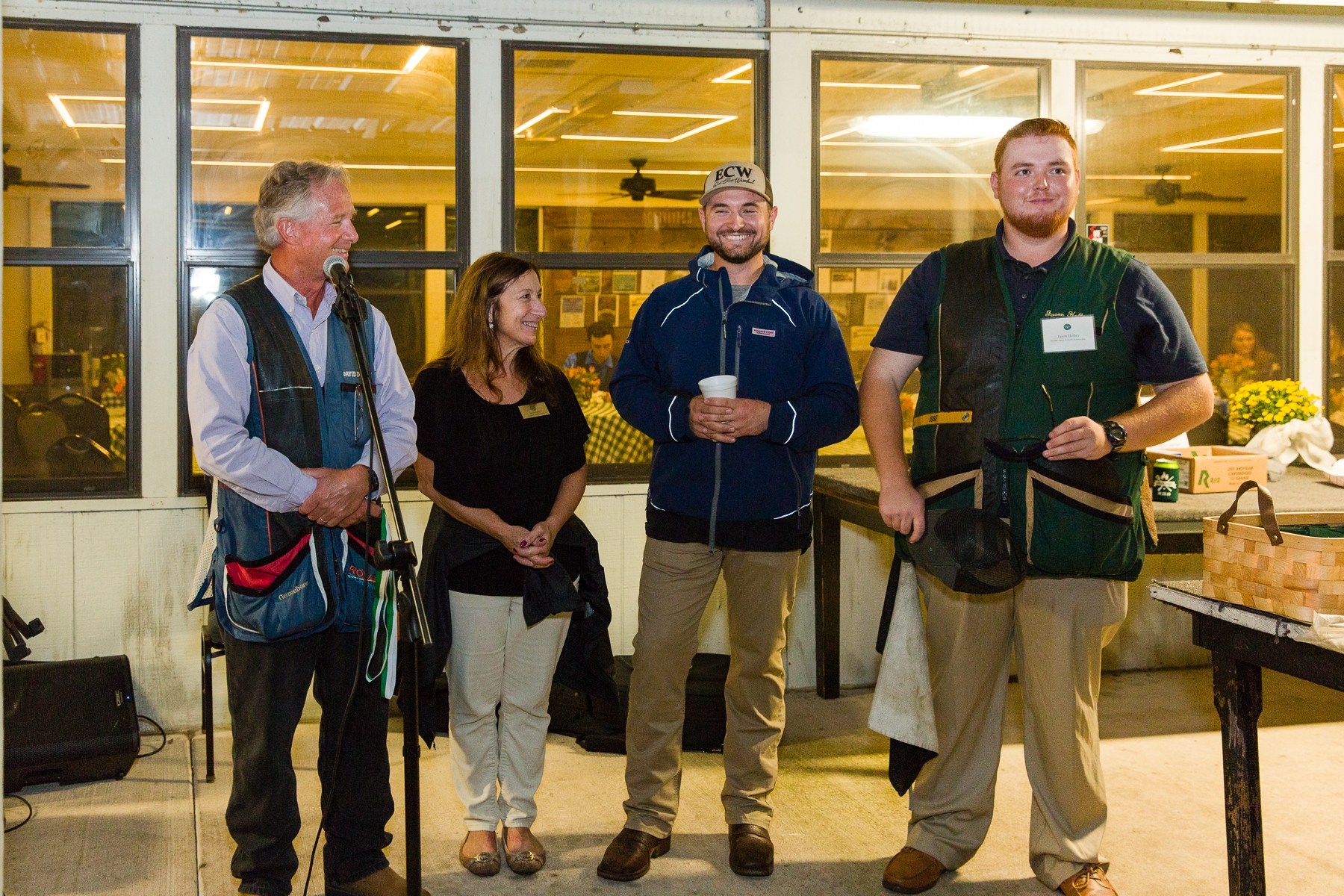 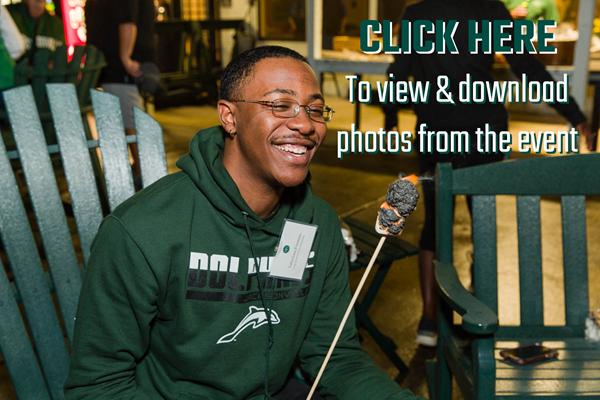 The ever-winning JU Varsity Shooting Team took a 6-man squad to the SCTP (www.shootsctp.org) Clay Target National Championships a week ago and  took two more HOA collegiate national event titles in Handicap Trap and Trap Doubles, as well as RU in American Trap, thus making JU an unprecedented 18-time ACUI and  SCTP National (Event) Champion.  Matt DeBord, JU Captain, took the HOA Individual Collegiate National Champion title in Handicap Trap for the second year in a row. The rest of the members who filled out the JU squad were: Palmer Szavuly, Andrew Lackie (Team Co-Captain), Jason Holley, Gabe Nackashi and Joe Byron. The SCTP Nationals were held for the third year at the Cardinal Shooting Center in Morango, Ohio with an estimated 2,600 high school and collegiate athletes competing in the biggest-yet SCTP Nationals Championships. They were previously held at the National Shooting Complex in Sparta, Illinois.

There are NO divisional lines in this shoot – all teams compete on the same level, and JU faced off against a number of powerhouse collegiate shooting talent. JU shooters went toe to toe with some of the top shooters in the U.S. this past July and made us proud!

Collegiate shooters have 6 years of eligibility to compete in the ACUI & SCTP system from the time of their first Nationals event, regardless of Collegiate or Graduate level, making this the most competitive system in existence today – building better citizens for our future across all fronts. We congratulate ALL of our amazing Students!

There are some 350 universities and colleges with Clay Sports (Shotgun Sports) shooting programs currently across the country, and these programs boast some of the highest GPA composites in the Collegiate world. The Shooting Sports are now the fastest growing element in Collegiate Club/Varsity Sports.

Please join me in congratulating JU’s former team captain and current assistant coach, Kelby Seanor, in winning the Silver Medal at the World F.I.T.A.S.C. event in Lyon, France this past month. This is his second year as a member of Team USA, our Sporting Clays Olympic Team equivalent. Way to go, Kelby!
Many thanks to the Jacksonville Gun Club, and all of the other Clubs here and around the country who have stood behind our Youth and Collegiate shooters, as they are our future. God Bless and safe shooting!

David  Dobson is one of our long-term Resident (Master) Teaching Pros and life members here at JGC. He and Addie, also a NSCA Certified Instructor,  live in Ponte Vedra Beach. He is Chairman & CEO of Dobson & Associates, Inc., as well as the founder of Dobson Performance Shooting School (www.daviddobson.com), and current JU Faculty and Founder/Head Coach/Director of the JU Varsity Shooting Team, as well as Founding Head Coach for the UNF Shooting Team. He can be reached at (904) 285-9500, or via Email at  Ddobsonpvb@aol.com or dddobson1@ju.edu. 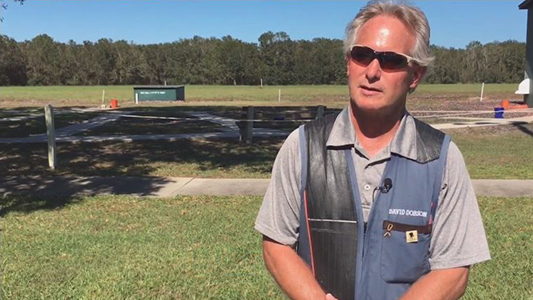 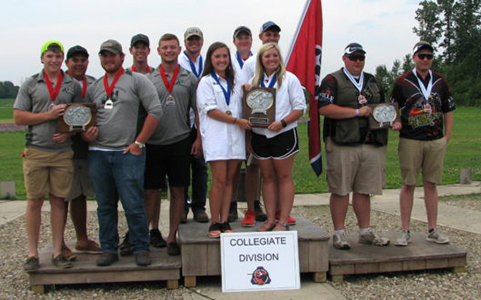 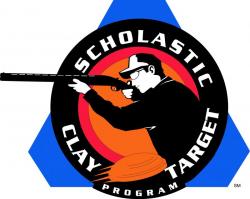 Team picked up their second national title during competition at the 2017 Scholastic Clay Target Program (SCTP) National Team Championships with their win in the Collegiate Division in Doubles Skeet. Earlier in the match Jacksonville shooters claimed the Doubles Trap title. ... Read more at The Outdoor Wire